Pioneering digital artist Marjan Moghaddam catches up with Colborn Bell about the dynamics and the future of the field.
An award-winning, pioneering, digital artist and animator, who works primarily with 3d CG and digital media for animation, NFT, Net Art, print, sculpture, installation, and AR/VR. Known for her original, unique and influential style of 3d figuration and animation, she is considered as one of the top female 3d CG artists in the world, and has been exhibited extensively at international galleries, museums and media festivals, in addition to curated exhibits at the Armory Show in NYC and Art Basel Miami. Ms. Moghaddam’s work has also been an official selection of the prestigious Siggraph Computer Animation Festival and art gallery (the world’s top CG festival) a total of 4 times.

Marjan is a recipient of numerous grants for her innovative and cutting-edge art, such as Rockefeller Fund, NY Department of Cultural Affairs, Brooklyn Arts Council, and the Experimental Television Fund. Marjan was also the featured artist for the launch of DOTCOM Gallery and International Forum for the Digital Arts in 1996, the first internet based digital art gallery in NYC, sponsored by Prodigy Inc. Her animations have also been the official selection of numerous international film/video and animation festivals throughout the years. Marjan is also a popular and prolific public speaker in the digital arts. 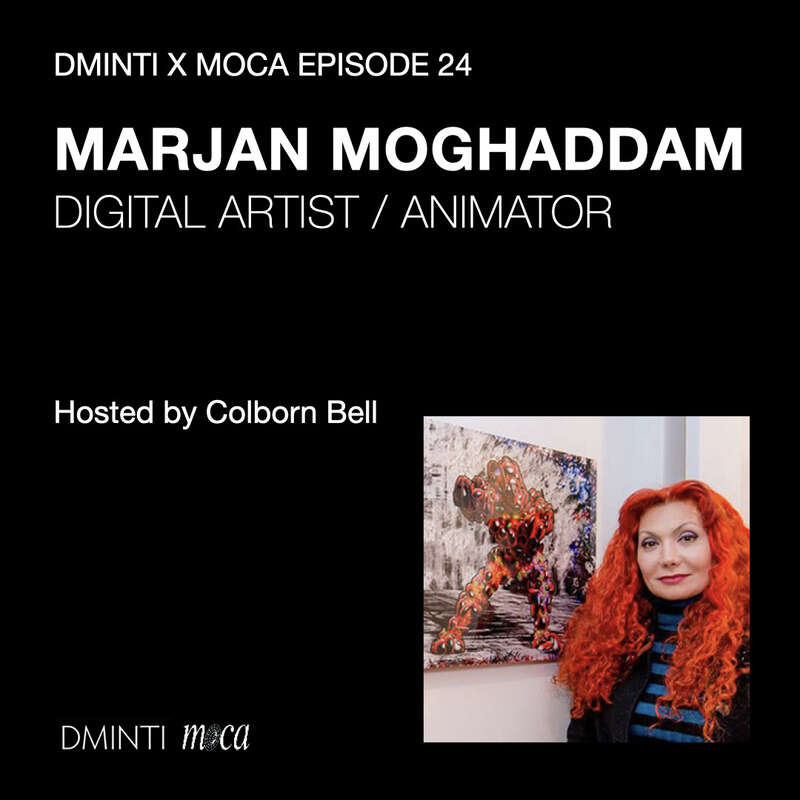